Switzerland vs Spain Morata made an impact 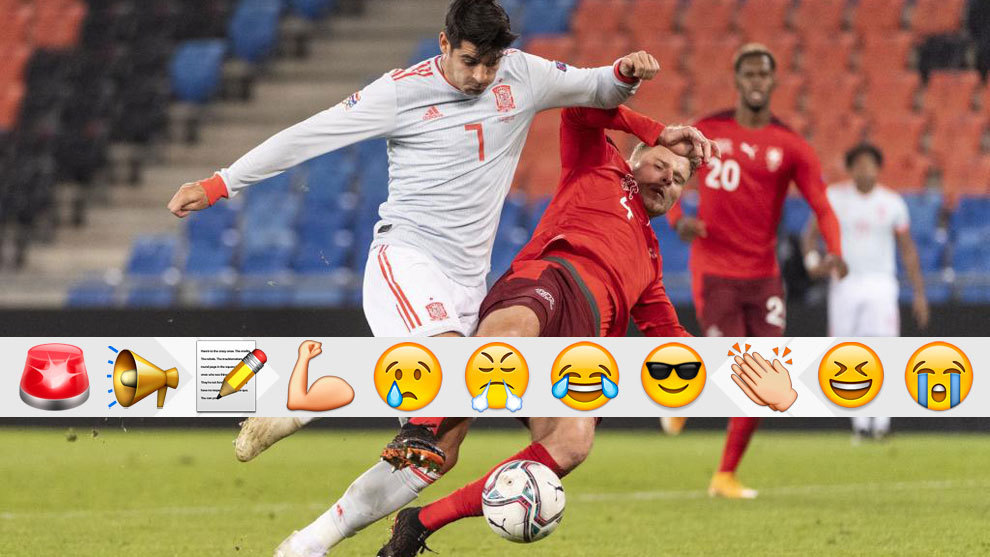 Spain left it late to earn a draw in a dramatic meeting with Switzerland on Saturday evening.

They were rewarded for their never-ending belief, and for Luis Enrique’s eventual decision to play with two players of Koke and Alvaro Morata’s quality together.

The night began with David de Gea missing from the XI, but Sergio Ramos’ two missed penalties will still the headlines.

Thankfully for the captain and the coach, Gerard Moreno came on late to snatch a point.

If the Athletic Club goalkeeper can maintain this level, he won’t be losing his place in the side anytime soon.

It remains to be seen what will happen against Germany, but Unai deserves to play again.

Luis Enrique knows he has a talented team, but they don’t have much experience.

He doesn’t stop talking them through games at the moment, telling them what to do at any given moment.

There are no elite-level stars like there were a decade ago, but there’s a lot to be applauded.

With eight goals in the last seven games, there’s a clear problem in the national team. Even that is helped by the 4-0 drubbing of Ukraine.

Spain are creating chances, but nobody is there to put them away, particularly when Alvaro Morata and Gerard Moreno aren’t on the pitch from the start.

He had scored 25 in a row, which isn’t a record but isn’t far off one, until he met Yann Sommer.

He hadn’t failed since May 9, 2018, but now he might have to consider letting Karim Benzema at club level or Morata with Spain assume the responsibility.

Luis Enrique didn’t only surprise with his starting XI, but Marcos Llorente and Marco Asensio never even came on.

The former is one of the most in form players in Spain at the moment, and the latter has more talent than most of the players in the squad.

It’s hard to imagine Spain doing anything at the European Championship without big players like those in the team.