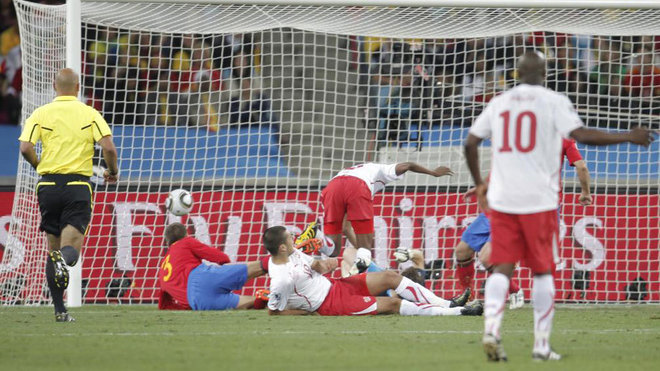 Luis Enrique outlined the difficulty of Spain’s match against Switzerland in the Nations League, but La Roja usually fair pretty well against Saturday’s opponents. In 21 meetings with Switzerland, Spain have lost just once, although that was arguably the most important one.

That particular match-up was in Durban, at the 2010 World Cup in South Africa. Vicente del Bosque’s Spain were one of the favourites to win the tournament, but they were dealt a 1-0 defeat by Switzerland courtesy of a Gelson Fernandes goal.

Spain bounced back against Honduras and Chile in their next two group fixtures before going on to win the trophy in Johannesburg, with the loss to Switzerland being the only blot on their record.

Up until that meeting in South Africa, Spain had won 16 of their 18 games against Switzerland, drawing the other two. Adding their two meetings since then to the record, Spain have won 17, drawn three and lost one, scoring 47 goals and conceding 17.

In October Switzerland visited the Estadio Alfredo Di Stefano, with Mikel Oyarzabal’s first-half strike settling the game. “It cost us an arm and a leg, beating them,” Luis Enrique said afterwards.

“[Switzerland] are one of the best teams in Europe,” the Spain boss repeated this week and, despite their record against them, La Roja will have it tough in Basel.