As the 2019/20 campaign was brought to a necessary halt, Juventus had just returned to the Serie A summit. A run of the mill 2-0 victory over title challengers Inter was enough to leapfrog Lazio into top spot, and on paper, the Turin club was on course to lift an incredible ninth successive Scudetto.

But despite the old adage, the league title does occasionally lie.

Juve’s crown had never felt so close to slipping as it did at the start of March, as a seemingly unstoppable Lazio edged to within one point of the misfiring Bianconeri. There was a growing sensation that, for the first time in nine years, the Scudetto would not be returning to Turin, but to Rome.

But the Old Lady’s current reign at the top of Italian football is the longest she has ever enjoyed, and over the course of the last eight successes, Juventus fans have witnessed some of the greatest players and lineups to have ever graced their turf.

Despite their domestic dominance however, this generation of stars pales in comparison to the glorious team of the 1990s – arguably one of the greatest to have ever been put together, even if the trophy cabinet doesn’t quite prove it.

As with many periods of dominance and superiority, it was kickstarted by years of being second-best and off the pace. Milan were the team to beat in the late 1980s, as Arrigo Sacchi’s revolutionary new methods were changing the landscape of Italian football, and the likes of Ruud Gullit, Marco van Basten and Frank Rijkaard were taking the league by force.

With Luka Modric expected to claim the Ballon d’Or this evening, Milan will remain the only club in the world that monopolized the three-man final shortlist for 2 years in a row

So there was possibly more blind hope than expectation when Marcello Lippi arrived in Turin in 1994, having impressively led Napoli to European qualification the season prior. But his impact in the 1994/95 campaign was instant, landing I Bianconeri’s first domestic title since 1986 during his first season at the club.

In fairness, he did adopt a pretty stunning team. The lineup was littered with talent and industry, with the likes of Gianluca Vialli and Roberto Baggio providing the glitz and glamour, while Antonio Conte and Didier Deschamps did the dirty work – and excellently, too.

And then of course, there was a young, precocious and simply unstoppable Alessandro Del Piero learning his trade at that time. Not bad tools for Lippi to toy around with, then.

Back at the top of the tree, Juventus clearly planned on staying there, and now that Lippi had his feet under the table, there seemed to be little that could stop this new force in Serie A. However, I Bianconeri surrendered the league title in their attempted defence, as Milan bounced back to regain their status as Italy’s top dogs.

But it was in that very season, that Lippi delivered something even more precious and prestigious to the Juventus faithful. In 1996, the Italian giants lifted the Champions League trophy, only their second success in the competition, and the first since its change of format.

Having qualified top of their group, Juve fought off Real Madrid and Nantes on their way to the final, where they had to do battle with reigning champions, Ajax. It was a hard-fought final, and I Bianconeri had to go all the way to penalties after a 1-1 draw, but they dug deep and came out victors at the Stadio Olimpico.

Juventus were now the champions of Europe, and Lippi could see a dynasty of success ahead of him. This team was set to be remembered as one of the greatest in history. But it wasn’t to be.

Nowadays, it is often overlooked, and in some corners of the earth, even mocked for the misery and heartbreak they would endure over the coming years.

I Bianconeri were progressive thinkers and were keen not to be left behind, and they opted to build on their position of strength. Christian Vieri and Zinedine Zidane were added to their ranks, and these improvements proved vital, as they toppled Milan once more to claim the Scudetto

It was a team which was able to control games, dominate opponents and blow them away with moments of individual and collective magic, becoming one of the most balanced and effective sides in football history.

Their unshakeable confidence from being European winners led them back to the brink of Champions League glory in 1997, but that belief quickly drained in a painful final defeat.

The team froze on the evening of the final, Zidane was unable to break free of the shackles that was Paul Lambert, and the reigning champions succumbed to a 3-1 loss to Borussia Dortmund.

It was a gut-wrenching blow – and one that would feel all too familiar in 12 months time, too. Juve did not rest on their laurels however, and having established themselves as one of the most attractive opportunities in Europe, they secured deals for the born-goalscorer Pippo Inzaghi and Dutch superstar Edgar Davids.

Lippi had created a squad capable of physically crushing any opponent while simultaneously playing them off the park, and they romped home to another Serie A glory. And incredibly, this brilliant side reached a third consecutive Champions League final, and they were desperate to put the previous year’s pain behind them.

Unfortunately, lightning struck twice, and despite boasting the devastating strike partnership of Del Piero and Inzaghi, with Zidane orchestrating behind the duo, they fell to a 1-0 defeat to Real Madrid in the 1998 final.

It seemed that this final blow eventually burst the bubble in Turin and brought and end to this winning cycle, and Lippi’s time with the club ended midway through the following season, where they would go on to finish seventh in the 1998/99 table.

But for the majority of the 1990s, this Juventus team was greater than anyone put before them. And if not for two isolated results in two separate years, they would be revered as one of the grandest to ever take to the field.

Sat May 23 , 2020
News that the takeover of Newcastle United is getting close has seen current manager, Steve Bruce, put a marker down in terms of his future at the club. Rumours continue to do the rounds concerning Mauricio Pochettino taking over at St. James’ Park once Mike Ashley has vacated the premises, […] 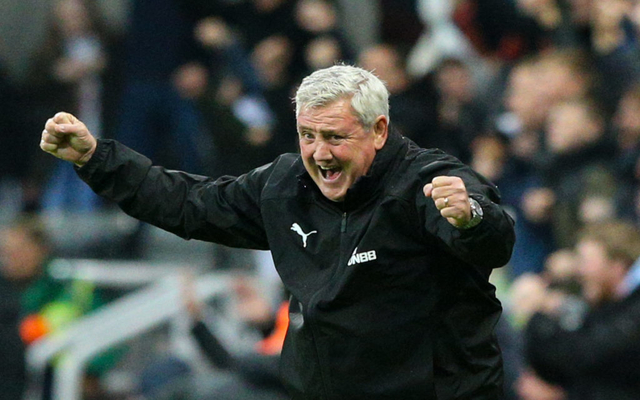