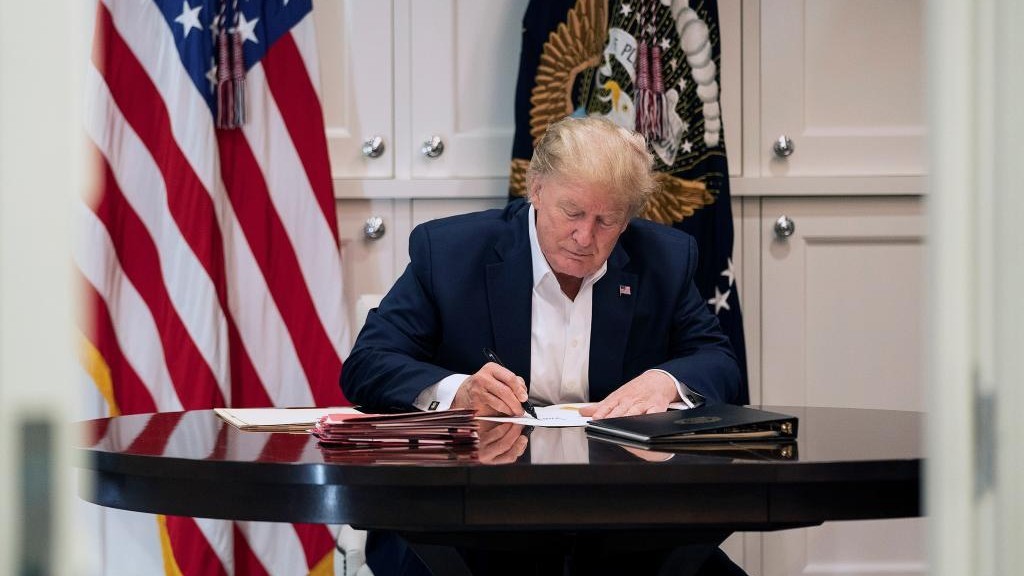 Donald Trump has given an update on his condition after testing positive for coronavirus.

The US president was taken to the Walter Reed Military Hospital as a precaution on Friday and is still in charge of the country.

Trump’s positive test has thrown the US presential elections into turmoil, with under a month until voters go to the polls.

Trump is seeking a second term as president when he goes against Democratic Joe Biden on November 3.

“I came here, wasn’t feeling so well, I’m much better now,” Trump said in a video message on social media.

“Over the next period of a few days I guess that’s the real test.

“We’ll be seeing what happens over those next couple of days.

While Trump is relaying an optimistic look on his condition, there are conflicting reports over how well he actually is.

“This morning the president is doing very well,” he said.

“The president is fever-free for over 24 hours.

“While not yet out of the woods, the team remains cautiously optimistic.”

However, shortly after Conley held the address at the hospital, Mark Meadows, a source close to Trump and the White House, contradicted the physician.

“The president’s vitals over the last 24 hours were very concerning and the next 48 hours will be critical in terms of his care,” Meadows is reported as saying.

“We are still not on a clear path to a full recovery.”

As part of his treatment for COVID-19, Trump has been given medicines Remdesivir and REGN-COV2 before reportedly receiving oxygen assistance.

Conley said on Saturday that Trump had been diagnosed with coronavirus 72 hours before – on Wednesday – but only communicated his and Melania Trump’s positive tests publicly on Thursday evening.

That means the US president attended two campaign rallies between being diagnosed and communicating his positive test.

Conley then went on to clarify that he’d meant to say “three days”, which means Trump started his campaign rallies without knowing of the infection.

Joe Biden and his wife Jill have tested negative for COVID-19 over the weekend after the Democratic candidate took on Trump in the first presidential debate earlier in the week.