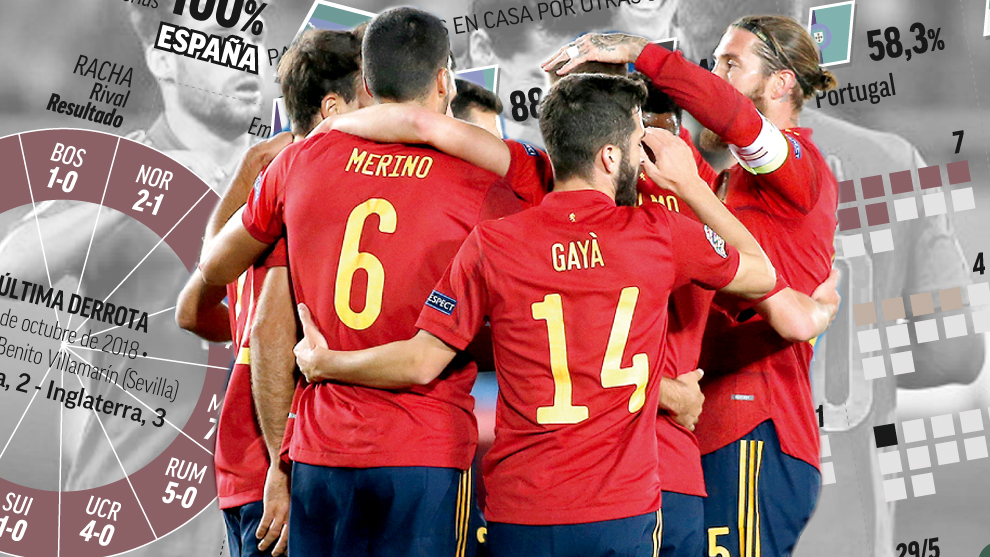 Spain are back in action on Spanish soil this Tuesday evening as they welcome Germany to Seville, hoping to book their place in the final four of the UEFA Nations League. When the Nations League started, all signs pointed towards these two sides facing off for top spot, and that has been proven true despite Ukraine’s best efforts.

La Roja’s recent form has been a little concerning, winning just two of their last seven, but they’re returning to a safe zone now. Their last away win came in Bucharest in September 2019, but they’re enjoying opposing fortunes at home.

Their last defeat in Spain came in October 2019, 3-2 against England. Since then, they’ve won every game with a goal difference of 27-1. They’ve gone 565 minutes without conceding at home as well.

Germany won’t be easy opposition for Spain, though. They have world and European champions in their squad, and they’re always a favourite when they play, no matter who they come up against. They are, however, also in a period of transition, just like Spain. The two sides haven’t met in Spain since 2014. Then, a Toni Kroos goal gave the visitors victory in Vigo in a friendly to end Spain’s 34-game run without losing at home since 2006. That game was Kroos’ 57th cap for his country, and in Seville he’ll make his 101st.

He’s not a player that Spain’s game revolves around, but the left-back has shown his importance to Luis Enrique’s side.

With Gaya on the pitch, Spain don’t lose. They’ve won eight and drawn three of the games he’s played. The coach, then, will be happy to welcome the Valencia defender back to the team after missing out against Switzerland after picking up a knock in Amsterdam. Sergio Busquets is almost certain to miss out, but Alvaro Morata and Koke should be in line to start.