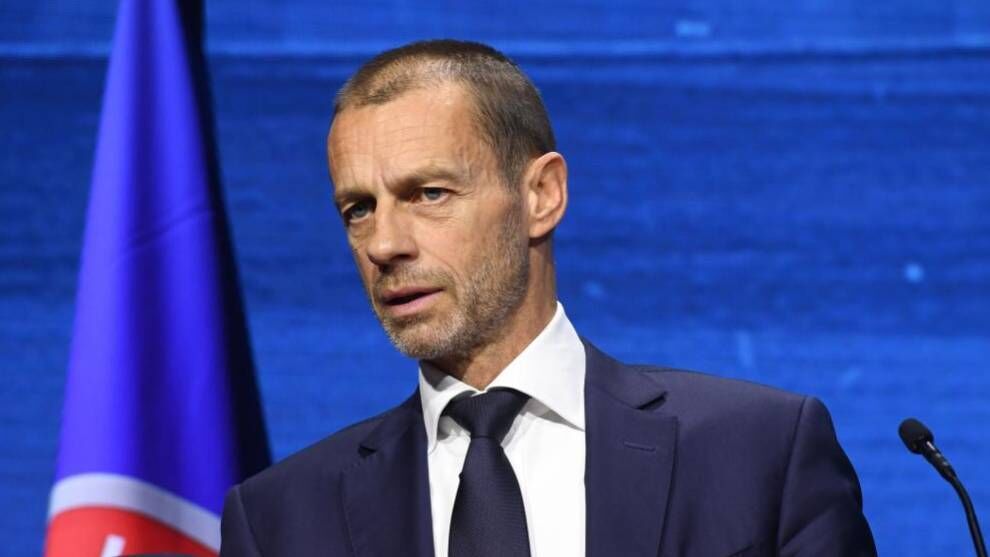 In a direct appeal to the owners of the English clubs in the Super League project, UEFA president Aleksander Ceferin urged them Tuesday to change their minds out of respect for soccer fans.

Ceferin both cajoled and criticized the six-club English group – made up of American billionaires, Middle East royalty and a Russian oligarch – less than 48 hours after the Super League was launched in alliance with three clubs from each of Italy and Spain.

“Gentlemen, you made a huge mistake,” Ceferin said in a speech to European soccer leaders at the UEFA annual meeting. “Some will say it is greed, others (will say) disdain arrogance, flippancy or complete ignorance of England’s football culture. It does not matter.

“What does matter is that there is still time to change your mind. Everyone makes mistakes.”

Ceferin urged them to turn back out of respect for fans in England, aiming another barb at what he earlier called “a few selfish people.”

“Come to your senses,” he said. “Not out of love for football because I imagine some of you don’t have much of that.”

“Nasser, you showed that you are a great man”

Ceferin also lavished praise on UEFA executive committee colleague Nasser al-Khelaifi, the president of French champion Paris Saint-Germain. PSG has so far resisted offers to be one of the 15 founding Super League members. Bayern Minich and Borussia Dortmund have also stayed out.

“Nasser, thank you from the bottom of my heart. You showed that you are a great man,” Ceferin told the Qatari official before also citing Bayern chief executive Karl-Heinz Rummenigge.

The UEFA president also spoke about an email he received from a fan of Tottenham, one of the six rebel clubs from the Premier League.

“If you read the email you would be close to crying,” Ceferin said of the fan he identified only as Trevor, whom he had given two tickets to the 2019 Champions League final, when Tottenham lost to Liverpool.

Ceferin said fans and governments have supported UEFA in resisting the proposed 20-team Super League, which threatens to directly challenge the Champions League and damage the historic pyramid structure of European soccer.

“We cannot lose this match,” said Ceferin, a Slovenian lawyer.

The clubs have not said when their planned breakaway league, underwritten by American bank JP Morgan Chase, would kick off.

0 95
Ibrahimovic crowns Ronaldo as greatest player of all time