Valencia Debuted for the USMNT against Wales 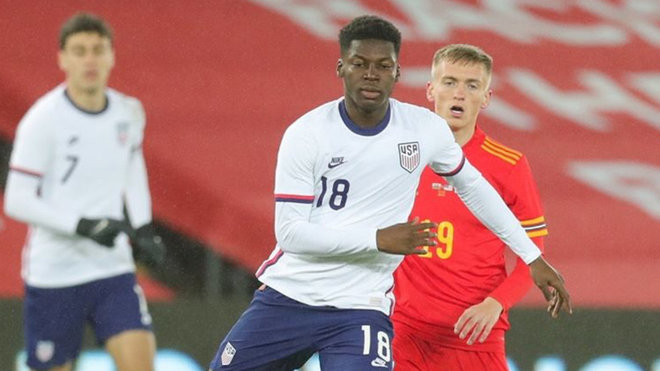 Yunus Musah’s career is only just starting, but the 17-year-old has already made quite the impression.

The Valencia prodigy made his first start for the United States on Thursday against Wales, but his international future is yet to be resolved.

MARCA have learned that the English Football Association have been calling the player regularly over the last few weeks in an attempt to lure him away from the US. Even now, they’re desperate to get their hands on his services and will keep trying until he plays in a competitive match.

Yunus is yet to make a definitive decision on his future.

At 17 he has two great offers on the table, but each has pros and cons.

Given his development took place in Arsenal’s underage ranks and with England’s youth sides, he does have some emotional connection to the English setup.

Yunus was born in New York, and the US side have an exciting project that is spearheaded by a lot of talented young players.

Chelsea’s Christian Pulisic is one, Borussia Dortmund’s Gio Reyna is another, while they also have Timothy Weah (Lille) and Sergino Dest (Barcelona) in their squad.

Musah is just another of the promising youngsters the United States boast at the moment, and they’ll be just as keen as England to lock him down to play a part in their national team setup for years to come.