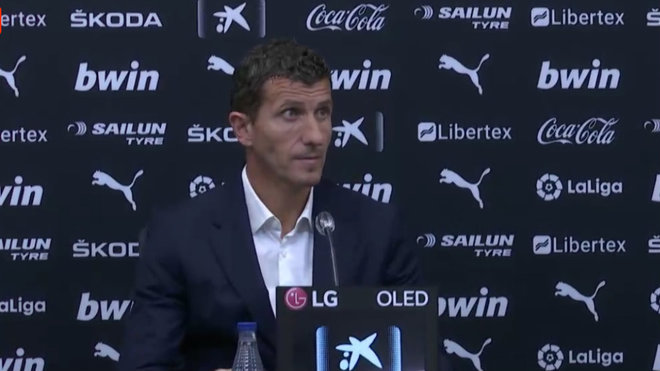 Javi Gracia played down Valencia’s chances of success this season.

The new head coach at Mestalla has seen several key players leave the club this summer, like Dani Parejo and Ferran Torres, and not been replaced.

“I see the squad in the way that everyone sees it – weakened because of the exits there have been,” Gracia said.

“From injuries and transfer exits.

“Five important players have left the squad and left it weakened.

“I was told there would be reinforcements before I came and there haven’t been any so far.

“That’s our situation. Those of us that are here have to compete.

“It’s necessary to reinforce the team as soon as possible.”

Speaking about the recruitment at Valencia, Gracia was left a little underwhelmed.

“There were times when we couldn’t sign players,” he continued.

“[Moves] were advanced and others, for reasons I don’t understand, weren’t finalised.

“This whole time, it’s been worked on in different areas of the club.

“I’ve tried to make it easier and I’m a bit disappointing with it all.

“They’re not bringing anyone in. No players are arriving.

“I’m hoping we can strengthen the squad. There’s still time.”

Even with the mass exodus of players already, Gracia is still concerned about outgoings this summer.

“I don’t have the security that the squad that I have is going to be [the same] at the end of the window,” he added.

“There could still be another exit and I hope and I trust that there will be incomings.

“I don’t have that security that no [more players] are going to leave before.”

Speaking of Valencia’s ambitions for the season, Gracia didn’t sound too optimistic.

“That’s the sadness that I feel,” he said on the club’s objectives.

“In the end, the club isn’t going to be able to demand of us what it should demand of the Valencia of our potential.”