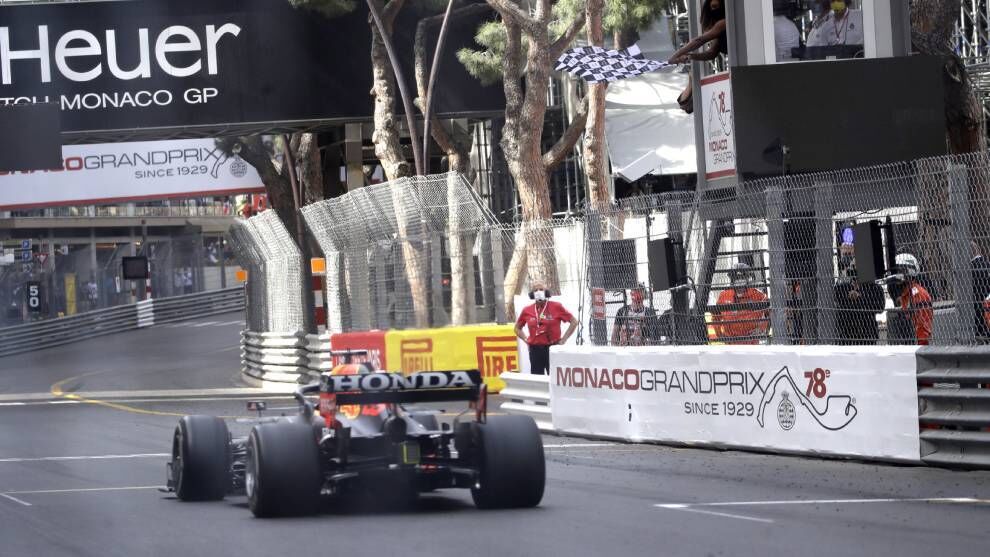 Max Verstappen won the Monaco Grand Prix for the first time to take the Formula One championship lead from Lewis Hamilton on Sunday, while pole sitter Charles Leclerc pulled out just before the race started.

Verstappen’s second win this season and 12th of his career moved the Red Bull driver four points ahead of Hamilton overall. The seven-time world champion finished seventh on a bad day for the usually ultra-reliable Mercedes team.

His teammate Valtteri Bottas went from second place to out of the race before the midway point after his team botched a tire change.

Verstappen finished 8.9 seconds ahead of Ferrari’s Carlos Sainz Jr. in second place and 19.4 seconds clear of McLaren’s Lando Norris. They secured their third career podiums, while Red Bull’s Sergio Perez was one second behind Norris in fourth.

It was the first time in five races this season that Hamilton and Verstappen have not finished 1-2, but Hamilton’s chances were effectively ended when he qualifed a poor seventh on Saturday.

Leclerc’s chances of winning his home race from pole position ended when he pulled out with a gearbox problem.

Leclerc damaged it crashing 18 seconds from the end of qualifying. He risked a five-place grid penalty if the gearbox was changed, but Ferrari said earlier Sunday he could race with it.

About 20 minutes before the race Ferrari gave up and he pulled out. Two years ago, Leclerc retired early in Monaco in his first season at Ferrari.

The race director decided not to move Verstappen up from second to pole and left that space blank, giving Bottas more room to overtake on the inside.

He started well, but Verstappen held him off.

The sinewy 3.4-kilometer (2.1-mile) course is the hardest in F1 to overtake on, and Hamilton was in sixth and stuck behind Pierre Gasly when he changed for new hard tires on Lap 30 of 78, followed by Bottas on the next lap.

But Mercedes could not fit Bottas’ tires and his race ended.

Verstappen’s tire change on Lap 34 was a slick 2 seconds and he came back out just behind Perez, who switched tires on Lap 36 allowing Verstappen to regain the lead.

“How am I still behind (Gasly)? Come on,” said Hamilton, whose friend Serena Williams was watching from a balcony.

Hamilton took a bonus point for the fastest lap toward the end, a rare bright spot on a dismal day for the defending champion and his team.

0 44
Is Lautaro Martinez closing the door on Barcelona