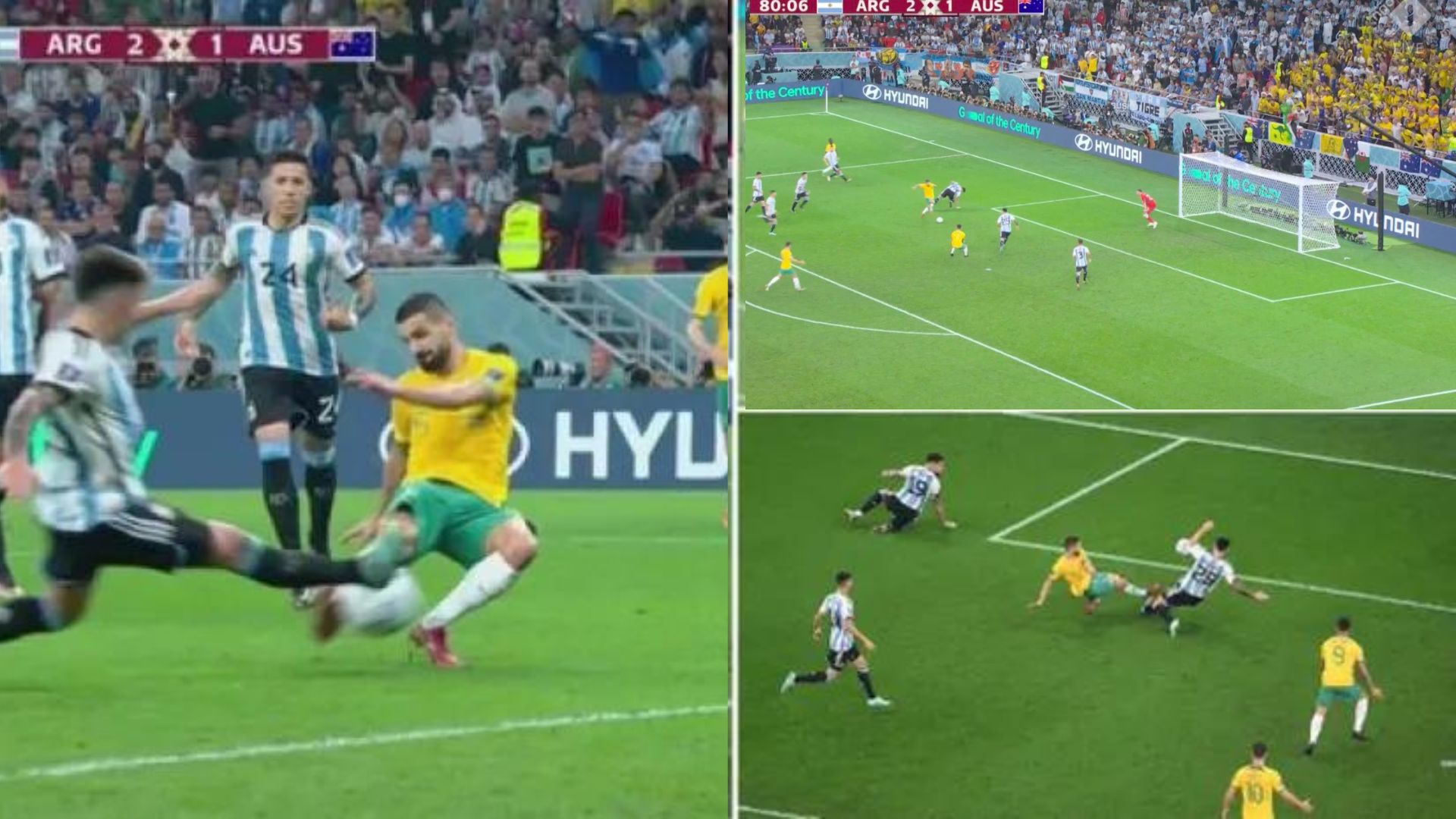 Manchester United centre-back Lisandro Martinez made a stunning last-ditch tackle in the dying minutes of the game to deny Australia an almost certain equaliser.

Argentina were the favourites going into the game and they took the lead thanks to a moment of brilliance from Lionel Messi and the lead was doubled in the second half after Julian Alvarez took advantage of a goalkeeping error.

And it looked like it is going to be a one-sided affair but Australia pulled one back from after Craig Goodwin’s effort was deflected in at the 77th minute giving the Socceroos a lifeline.

The goal encouraged Australia to push harder and they were inches away from scoring the second but were denied by an excellent tackle. Argentina’s Manchester United center-back Martinez denied Australia’s left-back Aziz Behich what could have been the tournament-winning goal in the 80th minute.

Behich received the ball and transformed into Messi as he drove towards the Argentine defence, taking on multiple players. As he entered the penalty box, he floored Nicolas Otamendi before taking the shot, which was heroically stopped by Martinez, who came up with an unbelievable goal-saving tackle.

Watch the amazing piece of defending below:

Almost the goal of the tournament ?

Australia nearly grab an equaliser with a brilliant solo run from Aziz Behich ?

What a last ditch tackle from Lisandro Martinez!#BBCFootball #BBCWorldCup