Arsenal signed Partey from Atletico Madrid in an exciting deadline day move, but The Athletic also reported on how they tried and failed to sign Aouar from Lyon.

Speaking in the video below, Campbell still believes Aouar could be on his way to the Emirates Stadium next…

The Gunners could still do with some creativity in the middle of the park, and Campbell feels Aouar is likely to be the man for that job. 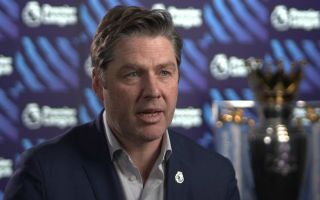 “Houssem Aouar…we missed you, we didn’t get you this time,” Campbell said. “Whether we can get you in January I’m not sure, but I’m sure you are next on the radar.

“Somebody like yourself to add to that midfield on the creative side…you hopefully will be a Gunner at some stage in the future.”