Under 2.5 goals has landed in eight of Vitebsk’s nine league games this termDinamo Minsk have lost five of their last six away league gamesAll three of Vitebsk’s wins this season have finished 1-0

Despite only goal difference separating the two sides after nine matches, Dinamo Minsk are the bookies prediction to do the business on their trip to Vitebsk.

However, the visitors have lost three of their four away matches this season which includes defeats at Gorodeya (12th) and Minsk (13th) and are not a side to place maximum faith in.

This could be a game settled by fine margins. Under 2.5 goals has landed in eight of Vitebsk’s nine encounters this term and all three of their wins have been recorded by a 1-0 scoreline.

Sergey Yasinsky’s men have kept home clean sheets against Gorodeya, Dinamo Brest and in-form Shakhytor this season and are capable of making life tough for Dinamo Minsk, who have failed to score in four of the last five meetings between the sides.

Vitebsk have lost only three of their nine games this term and look too big to pick up another positive result this weekend, so we’re backing a 1-0 correct score prediction on Saturday.

England's Euro 96 best XI? The team that demolished the Dutch

Wed May 20 , 2020
Three Lions dismantled the Oranje piece by piece, but it ended up being their tournament highlight as things slowly unravelled in the knockout stage When England took to the field at the old Wembley to play the Netherlands in the final group game of Euro 96, they only needed a […] 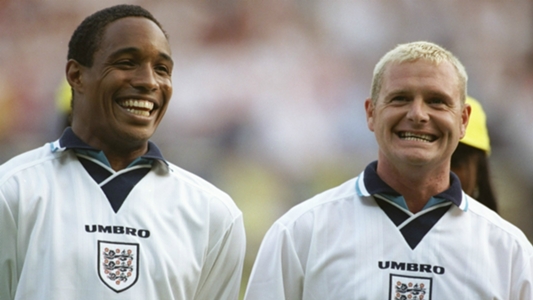