Wales Seen holding a laptop in the stands 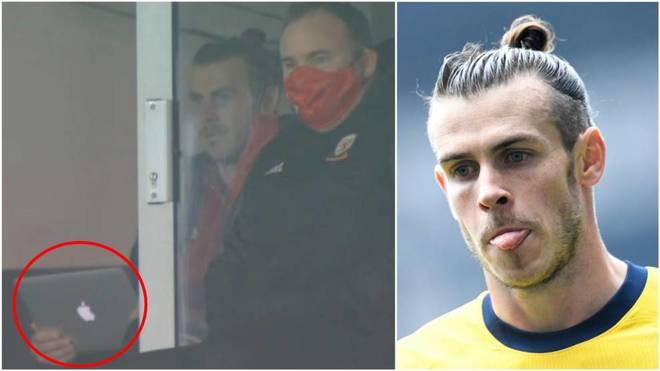 Gareth Bale’s love for golf has never been kept secret, and his apparent preference for the game even ahead of football has upset many over the years.

Images that came to light during Wales’ match against the United States on Thursday evening have people asking questions of Bale again.

The Tottenham Hotspur forward was seen in the stands in the 22nd minute of the match with a laptop, leading to English press speculating as to what he was watching, with some suggesting it might have been the Augusta Masters.

Bale wasn’t named in the Wales squad for the match, and stand-in coach Rob Page was rather dismissive of the question when asked what Bale was doing.

“I don’t know what they do when they’re not in the team,” Page said afterwards. “Bale has been brilliant all week.

“He was in the dressing room before the game, making sure everyone was focused.”