Liverpool haven’t just been successful on the pitch over the last few seasons.

Much of the good work being done at the club has come behind the scenes as sporting director, Michael Edwards, seems to be able to hit the jackpot with just about any transfer deal, whether incoming or outgoing.

Jurgen Klopp has had the luxury of securing almost every player he’s asked for, and at a price which is acceptable to the owners, Fenway Sports Group.

Not only that, but Edwards has a remarkable record of being able to offload fringe players for decent sums.

Witness the £23.5m paid by Sheffield United this week for Rhian Brewster by way of example.

Now Liverpool have got both West Ham and Southampton fighting over Marko Grujic according to the Daily Mail.

The 24-year-old has been on loan at Hertha Berlin for two seasons, scoring just nine times according to the Daily Mail. 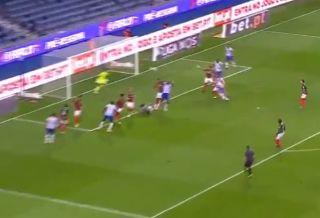 His two appearances for the Reds this season have come in the Carabao Cup, and it’s clear he has no future at Anfield.

Both the east Londoners and the south coast outfit – as well as the Reds – will be hoping that their terms are attractive to the player.