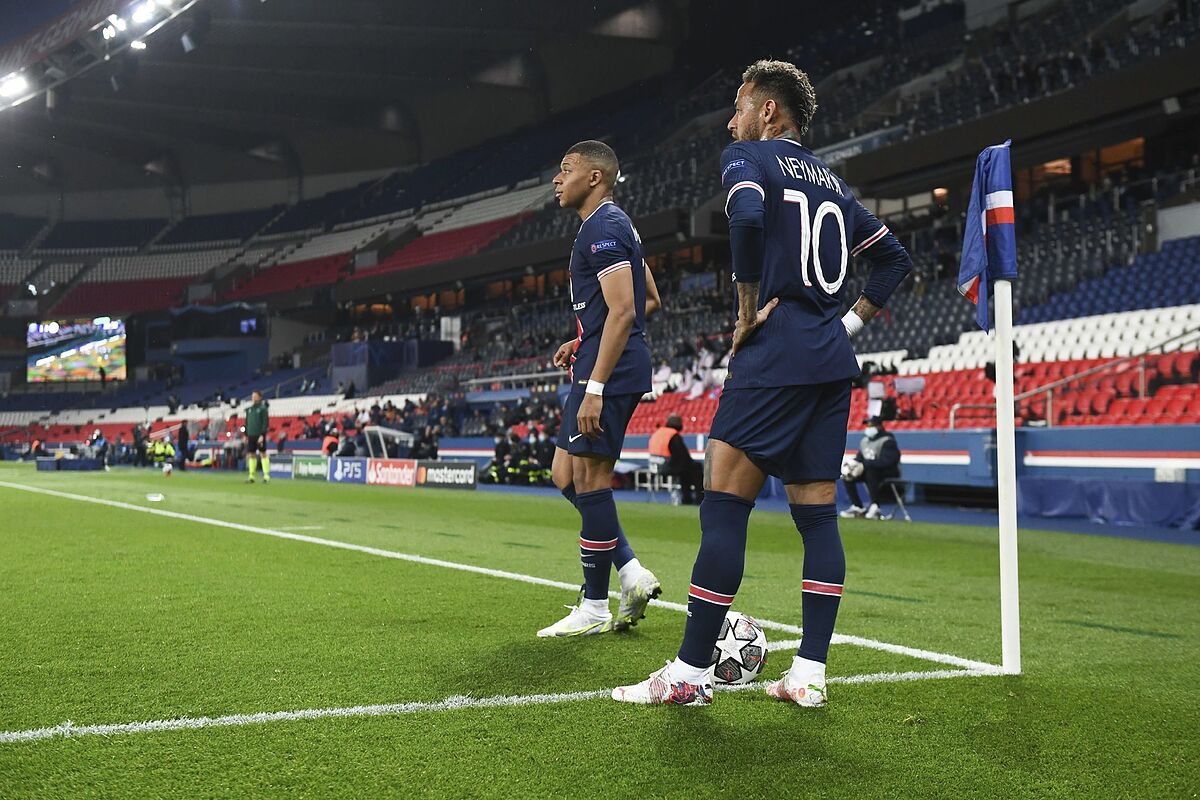 It will go down in the history books as a triumph for clever scouting, brave and cost-effective recruitment and a long-term vindication of the methods of a domestic coach – this is the legacy of Lille’s Ligue 1 championship win in 2020/21, yet just where do Paris Saint-Germain go from here?

Having had their title ripped away from them by everyone’s new favourite Gallic underdogs, PSG face a fork-in-road scenario in the summer, with the club likely to need significant restructuring of their playing squad.

However, what is of a particular concern to Nasser Al-Khelaifi is the fact that the first-step of this rebuild had already taken place in the form of hiring Mauricio Pochettino, one of the finest coaches around, yet even he must be considered to have failed in his short spell in charge.

Is Pochettino the right coach for PSG?

Whichever way you want to look at the appointment of the Argentine, it hasn’t gone well to this point, irrespective of two outstanding Champions League victories over Barcelona and Bayern Munich.

PSG have never been able to find their domestic form, which has deserted them ever since a slow start to the Ligue 1 season, and Lille have been relentless in their pursuit of the title.

There is a sense amongst PSG’s squad that Ligue 1 matches are there to be coasted through, that they simply are tune-up exercises for when the Champions League reaches its zenith.

Yet whilst the Parisian club has been much stronger in Europe in the last two seasons, they have still fallen short when coming up against truly elite opposition, opposition from a stronger domestic league.

Pochettino‘s footballing style is wonderful, his work with Tottenham Hotspur goes beyond miracles, taking a circus of a club to the Champions League final, yet can he bring out the best of his football with only nine players willing to run when not in possession? The answer is an uncomfortable ‘probably not’.

Thomas Tuchel faced the same problem at the Parc des Princes, and it ultimately led to him being dismissed in December.

Had he not been appointed so recently, Pochettino would have been sacked by the French giants, but it’s difficult to see how they could make such a decision at this juncture.

Pochettino needs to be given a better selection of players with relation to how he wants to play, but he will yet again be undermined by the presence of Neymar on the pitch, and to a lesser extent Kylian Mbappe.

Neither work hard enough off the ball, which is fine considering their immense individual talent, but it’s folly to then hire a coach that utilises a high-intensity pressing style in two successive appointments and expect him to be able to succeed.

Ironically, the most suitable coach to a squad as lop-sided as PSG’s is one they’ve had before… Carlo Ancelotti. The Italian finds solutions to letting his best players roam free on the pitch, just look at how he managed Cristiano Ronaldo at Real Madrid.

Neymar’s contract extension has already been made official, yet PSG have made considerably less progress with the real jewel in the crown, Mbappe.

A player that is widely considered as the best in the world at this time, and at an age where he is only going to get better according to sporting logic, Mbappe has already accomplished everything aside from winning the Champions League.

The French prodigy is the first of what will become a trend in European football, especially with state-owned clubs never being under any pressure to sell players. A player who will determine his future as a free-agent in his prime.

Mbappe would have re-signed by now if he had any intention of staying, that is the opinion of this particular author, yet how can PSG battle against this?

Common fiscal sense would advise the club to sell him this summer to avoid losing him for nothing the year after, but PSG have an already limitless budget. A show of strength is far more valuable to the club as a project than an injection of under 100 million euros.

Real Madrid are the frontrunners to sign Mbappe, but they will not do so this summer. Florentino Perez’s desperate attempts to raise funds with the European Super League have backfired, and they will likely have to wait a further year to sign the French international.

Does this open up the market for Mbappe this summer? Not really. Liverpool are interested but have no way of raising the capital of paying the Frenchman a salary he is used to, whilst there are very few other realistic destinations. This means he will likely remain in Paris for one more season, giving them another crack at the only trophy that eludes him.

How can PSG strengthen this summer?

The key decision for Al-Khelaifi this summer is to decide if Pochettino has his full backing. If he doesn’t, replace him, but if he does then back him in the market.

PSG’s defence has been ignored for a long time, and there is a real lack of quality there. Presnel Kimpembe is enthusiastic but makes too many mistakes, whilst Marquinhos is the one shining light, but he is injury prone.

Sergio Ramos on a free transfer appears a perfect fit. He is an experienced campaigner with knowledge of how to win the Champions League. He is a great leader, which is perhaps a skill that has overshadowed a lack of defensive technique for much of his career.

In midfield there is a lack of quality alongside Marco Verratti. Idrissa Gueye is a good working midfielder, but doesn’t have the quality to play for a club hoping to win the Champions League. Furthermore, the less said about the recruitment of Ander Herrera and Danilo Pereira the better.

Verratti’s passing is sublime, but he needs help alongside him in a midfield three. If you’re building the ideal midfield from scratch to help the Italian, you’re looking at N’Golo Kante or Yves Bissouma to totally swarm opponents with their work rate, but both are a substantial technical upgrade on Gueye.

Then you want a physical presence in terms of height there too, but with technical ability, the player that springs to mind is Sergej Milinkovic-Savic.

In attack, the central position is a worry. Mauro Icardi has gone downhill completely since his time with Inter, and Moise Kean is likely going to be valued far higher by Everton than a sensible club should want to pay.

Pochettino needs a goalscorer and nothing else, because Neymar and Mbappe can be so destructively creative in possession. Ironically, PSG are one of the few clubs where Harry Kane would fit perfectly, given the fact his lack of speed wouldn’t be too much of a problem.

0 46
Real Betis vs Barcelona: Both sides with a lot to play for

0 20
Barcelona are signing well, but they have to clear out their deadwood this summer