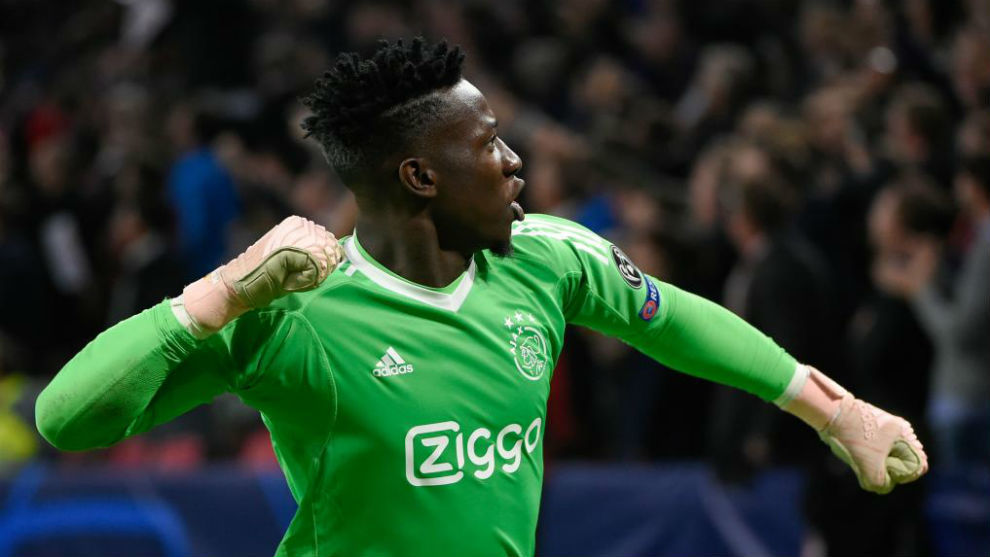 Ajax goalkeeper Andre Onana wants to leave the club and Chelsea could be the front-runners to sign him in this current transfer window.

After four great seasons, in which he has played 178 games, kept 74 clean sheets and won several trophies in the Netherlands, he has decided that he is ready to move to another league.

As MARCA understand, Onana believes that his cycle at Ajax has concluded and Chelsea’s project is the one that attracts him the most.

Up to three European clubs have place him on their radar, with the Dutch side asking for between 20 and 25 million euros to let him go.

Chelsea president Roman Abramovich is forming a squad that attracts Onana, whose close friend Hakim Ziyech has already signed with the Blues.

Meanwhile, Kepa Arrizabalaga did not convince Frank Lampard with his displays last season, although the board are willing to give him another chance in 2020/21.

Instead, the club suggested signing Edouard Mendy from Rennes as a second-choice goalkeeper behind Kepa.

The Blaugrana are another option for the Ajax goalkeeper as the Catalans need a shot-stopper to cover for Marc-Andre ter Stegen until the latter fully recovers from his injury.

Onana would be willing to return to Barcelona, but he is aware that he will be benched once the German returns to action.

Another less likely option would be that of Bayer Leverkusen, whose coach Peter Bosz promoted the Cameroonian from Ajax’s reserves to the first team during his time in Amsterdam.

However, Onana does not believe that the Bundesliga is the path he wants to follow at the moment.