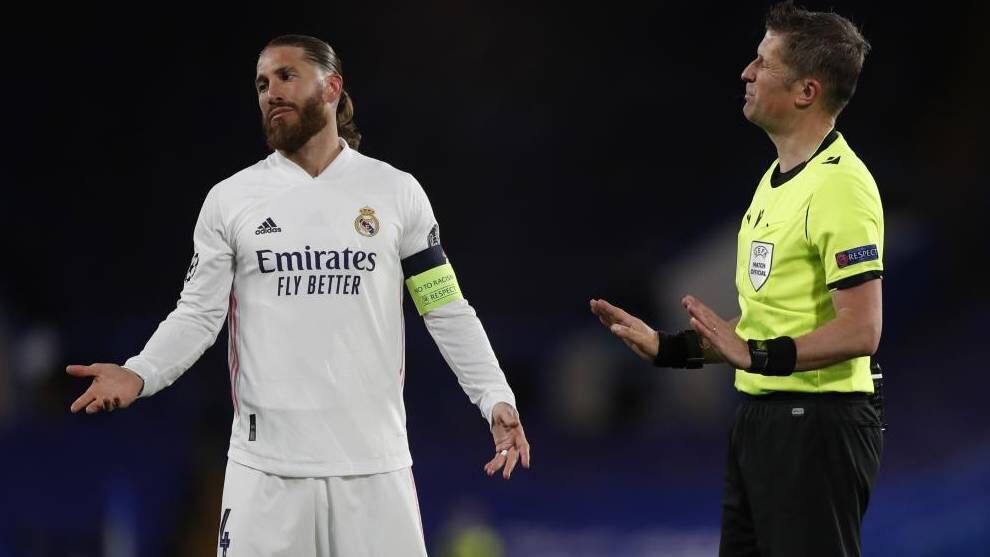 UEFA forced Real Madrid to wear black socks against Chelsea, which was the start of a night of mourning. In 1955, Real Madrid swapped their black socks for white ones and they won the first European Cup in a kit that was fully white from top to bottom. This Wednesday, in a strange uniform, Real Madrid said goodbye to this year’s Champions League.

Another question is what happens now with Sergio Ramos and if he’ll wear the full white kit of Real Madrid in the Champions League once more.

When Ramos fell out of the team, Eder Militao stepped up and became a hero. But, Ramos was brought back into the team and into a back three, asked to play the role of air traffic controller and marshal the back line on what was a bad day for stopping planes.

Eden Hazard came on and played as well, playing almost the entire game without being seen. Marco Asensio, on the other hand, played few minutes but made more of an impact.

Chelsea crushed Real Madrid in the second half, like a tank would crush a margarita glass. Now people will question Zinedine Zidane again. It was a night to mourn for Real Madrid.

0 33
Mendy’s agent: I said he’d be the Mbappe of left-backs and I was right