Was the former Gunners’ boss right to feel aggrieved over missing out on his primary transfer target from Crystal Palace last summer?

One thing that often catches the eye after a manager’s sacking is getting an insight, usually months down the line, over why it all went wrong.

Unai Emery’s Arsenal dismissal brought relief to a fanbase that had grown tired of the team’s dreary performances and results. The Spanish boss was dismissed on the back of a poor run of seven games without a win in all competitions, and a 2-1 defeat by Eintracht Frankfurt at the Emirates in November forced the club to act.

In a detailed interview with The Guardian, the former Valencia boss opened up on his time in charge of the 2019 Europa League finalists, giving details on the incidents that led to his acrimonious departure.

Besides questioning the mentality of his former players and revealing frustrations over key stars who departed, Emery admitted the club disagreed with him over making Wilfried Zaha the club’s record signing, preferring unproven Premier League wideman Nicolas Pepe.

“Pepe is a good player but he needs time. When I was there he didn’t give me the performances. I was in favour of someone coming who knew the English league, more than anything so that he wouldn’t need a period of adaptation,” Emery told The Guardian in May. “I had a meeting with Zaha, the Palace player. He was the player I wanted because I could see that he won so many games on his own.

“I saw 20 Zaha games, some incredible performances and I told them that this is the player that I want for this team. I spoke to Zaha. I had been with him personally, and he wanted to come.”

It’s not surprising that managers and the board don’t see eye to eye over transfer targets.

Head coaches, knowing they are unlikely to be at the helm for an extended period anyway, often play it safe with potential signings, wanting players who are ready to make an instant impact. There’s often pushback from the club, as they take exception to short-term solutions alone and prefer taking the present and future into view as regards possible arrivals.

This stance can be overlooked in the event of a potential world-class player’s arrival, a talent whose presence in the team will undoubtedly improve the all-round quality of the side. Arsenal’s board likely believed Zaha didn’t quite fit that profile and chose not to pursue his signature.

While Emery wanted to sell the farm for the Crystal Palace wideman, the higher-ups in North London felt it wasn’t a fiscally responsible purchase and moved on the improving Pepe who’d been lighting up Ligue 1 for about two seasons.

There were also reports that the Eagles wanted slightly more money than what Arsenal were willing to pay (and eventually paid for Pepe) and would’ve rejected the London club’s staged payment proposal too, which Lille had no issues with.

Despite Palace’s valuation of the former Manchester United player and Emery’s high assessment of the Ivorian, decision-makers at the Emirates felt Pepe, nearly three years younger than his countryman, had a higher ceiling and did everything to cement a deal.

Throughout the season, Gooners kept a keen eye on the Palace wideman’s form and his apparent drop-off has caused them to conclude the three-time Premier League champions made the correct decision, despite their record signing’s struggles so far.

Zaha has scored three times and supplied as many assists in 30 appearances while Pepe has scored one more with six assists to boot from 24 games. Interestingly, the latter’s 17 starts in North London as opposed to 29 for the Eagles’ star player presents a more jarring chasm.

There are mitigating circumstances for Zaha’s decline this season. Although, I still believe opting for Pepe will bear fruit down the line.

Frankly, there’s an inclination to cut the Palace man a bit of slack owing to the disappointment he felt at not moving in the summer.

In a sincere interview with BBC Africa months ago, the attacker admitted this affected his form and he struggled for motivation early on in the season. He’d wanted a dream move to his boyhood club and just how much the breakdown in negotiations affected his performances remains up in the air.

Given Zaha had been involved in 15, 12 and 15 goals between 16/17 and 18/19, this year’s decline could be traced to his discontentment over the move to Arsenal that never was.

The rebuttal for Gooners will be throwing up Pepe’s goal numbers in the last two years in Ligue 1 alone – 13 and 22 in 17/18 and 18/19 respectively – which overwhelms the ex-United player’s return at his best. Of course, both leagues have different difficulty levels, still, it indicates there’s a player with promise in Pepe and the Gunners will get the better end of the deal down the line once the wideman adapts.

For Emery, despite his misgivings, one has to wonder whether Zaha would have prevented the deterioration that blighted his last few month at the club. Cracks began to appear in the Gunners’ approach at the backend of last season, which ended without a return to the Champions League, despite having the easier run-in on paper.

Even though he guided the Gunners to a 22-game unbeaten run in all competitions last term, results gave a false sense of improvement as performances were largely average and didn’t reflect how they were playing. This showed in the team’s Expected Points tally of 58.97 after 38 games last year, 11 points fewer than Arsenal’s 70 points in reality.

The difference between xPTS and actual haul was the second-highest in the league, Liverpool’s 13.55 was the greatest disparity, and in an ideal world could have ended seventh behind Wolverhampton Wanderers.

Emery’s approach was unsustainable, and it was only a matter of time before the situation unravelled, and so it proved with this season’s malaise.

Of course, one can empathise with the former Arsenal boss, but signing Zaha instead of Pepe wouldn’t have fixed the former Valencia manager’s already flawed system.

Fri Jun 5 , 2020
The legendary former Blancos defender remains a big fan of a fellow South American and believes he will get regular game time in Spain Roberto Carlos has urged James Rodriguez to be patient at Real Madrid, with the Colombian told that Zinedine Zidane “has a lot of respect” for him […] 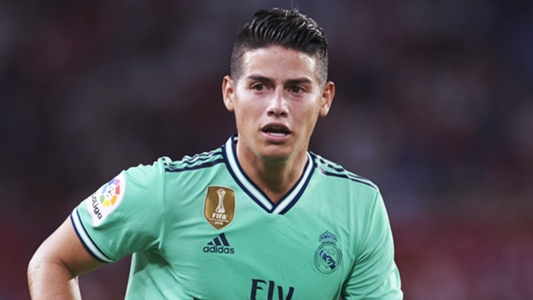