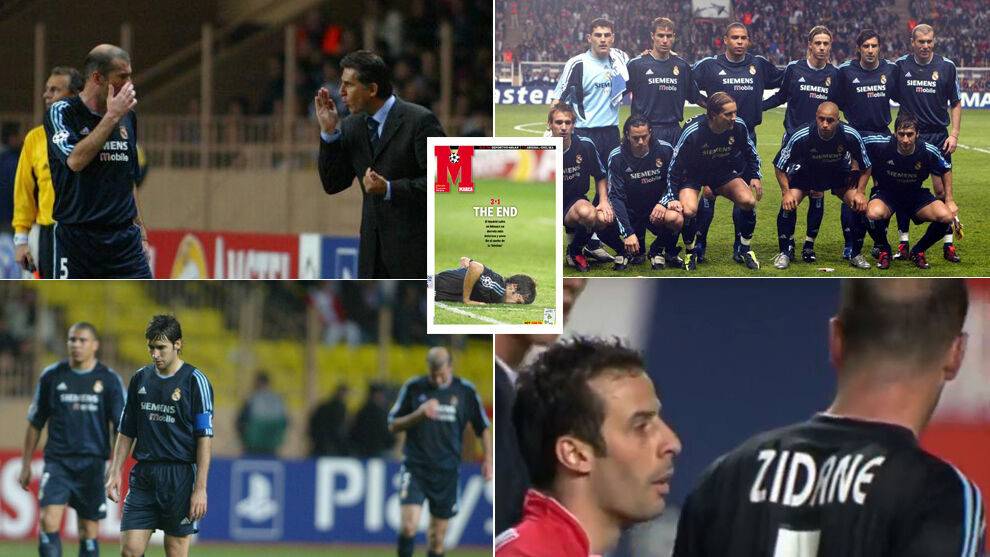 While Real Madrid were celebrating their second Clasico win of the season over Barcelona on Saturday, Zinedine Zidane made a striking remark.

The Real Madrid boss indicated that his players are already their limit physically, and he is still unsure as to how they will finish the season.

The players’ fatigue has been visible in recent games, and Vinicius Junior recently commented on just how tired he felt as well. But Real Madrid still have eight games to play in LaLiga Santander, and could have as many as four more to play in the Champions League as well.

Zidane, more than anyone, knows how important it is for this to be managed. In 2004, he was involved as Real Madrid collapsed while aiming for a treble under Carlos Queiroz. Then, Los Blancos had a 4-2 lead over Monaco in their Champions League quarter-final first leg, not dissimilar to the 3-1 lead they now have over Liverpool, but fell apart in the away leg.

His words to Giuly

On that day, April 6, 2004, Zidane‘s conversation with Ludovic Giuly made headlines.

“Ludo, can’t you see that we’re done,” he said, after the Monaco player had jokingly suggested that Real Madrid should let them win that game, not believing they had a chance of overturning the deficit.

Real Madrid lost the Copa del Rey final to Real Zaragoza that year, but the Monaco loss dug their graves. Then came a series of results that saw Valencia win the LaLiga title.

Then, eight players passed the 4,000-minute barrier, and two others went over 3,000 minutes.

Real Madrid are tired as the season has reached its decisive stage. But, unlike then, this team have a winning mentality. They showed it last season, and they’re showing it again this term.

They hit rock bottom in January, but have come roaring back since. Zidane knows what is needed to get over the line again, but he’s not sure if his players have enough in the tank to see things through.

0 6
Red Bull drop off in second practice as Mercedes, Ferrari and Alpine impress

0 32
Eder Sarabia: I don’t know if Messi said goodbye to Setien, he didn’t to me